Thomson currently has two account systems - one for the website and CAD model downloads, and one for e-commerce. We understand that two logins is an inconvenience and are working to consolidate our systems into one login process. Until we’re able to consolidate the two logins, please follow these guidelines:

Medical imaging equipment, water handling systems, conveyors, robotic systems and rotary and linear actuators are among the many devices that may be fitted with electric friction brakes to hold their loads in place when the power is off or disrupted.

Because the inclusion of a brake has significant implications for the entire design, especially for determination of size and the selection of power supply, they must be designed in from the start. One mammography system designer learned this the hard way, not realizing the need for a braking system until he was testing the prototype. Fortunately, engineering support and an express fulfillment program from Deltran brake manufacturer Thomson Industries, Inc. , enabled him to rescue a failing design and meet the schedule for the original design and prototype.

Mammography devices typically use a C-arm shaped apparatus in which an X-ray tube projects downward from the top of the C to scan the body generating a precise blur-free image that could reveal indications of breast cancer. A rotating ball screw bracketed to the tube assembly turns slowly - usually only a few hundred revolutions per minute - move the scanner evenly across the target area. Because the carriage must change direction many times in any session, any play resulting from gaps between components affects positioning precision and image quality. This loss of motion, commonly called backlash or backdrive, is also a potential problem when the system is at rest, when it can cause noise, vibration, and wear.

Electric brakes help control the backlash while the system is at rest and help bring things to a smooth stop if there is sudden loss of power from motor failure, power outage, or other event. Loss of electric power de-energizes the brake linings to grip a rotating plate (Figure 1), stopping it from turning or holding it in place once it is at rest. Re-energizing the system disengages the brake, allowing the shaft to rotate freely once again. However, the designer mentioned above did not discover the need for such a braking system until it was almost too late.

Not considering the need for a braking system, the original motion control component design called for the following specifications:

When the designer discovered the need for the brake, he also realized that these specifications would limit brake options. Further, given the requirement to adhere to original production schedules, he needed to move quickly, adding further urgency to the situation.

An Internet search led him to Thomson whose Deltran brake line was not only able to meet all technical specifications, but also offered a unique Servo Brake Express Program, which could ship a custom designed brake for prototyping within two days.

After finalizing requirements with Thomson customer service and product specialists, which included a customer/supplier system data exchange confirming that the brake was fully capable of handling 500 emergency stops. Thomson was then able to ship a system for prototyping within 24 hours.

The prototype system had all the necessary adjustments other than the lead wire for radiation protection. This did not interfere with the initial prototyping and was completed the following week. In six weeks, Thomson shipped 20 final systems, to be used in the production of the first 20 mammography systems. The program is now in full production, with the manufacturer shipping about 300 systems per month. Plans are also underway for modified brake designs that will meet European power requirements as well.

This story has a happy ending. If the design engineer and his purchase team had not collaborated with the Thomson application engineering team on a Deltran brake solution, it could have had a very different outcome. The engineer might have had to make major design adjustments, which would have delayed time to market further and required additional budget. Additional resources may have needed to be invested to modify the initial design. All of these outcomes would have resulted in dealing with backlash of a different sort. 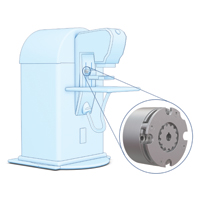 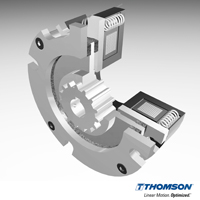 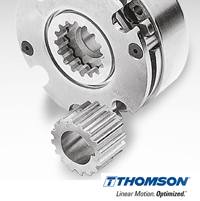