When manufacturing processes require high precision, high-speed repeatability and flexibility for applications such as CNC, robotics and material handling, production engineers often specify linear motion technologies. A basic linear motion system integrates a power component, such as a motor; a thrust mechanism, such as an actuator; and a guidance infrastructure, such as a rail. There are numerous subsystems within these categories, and understanding your options will help determine the ideal linear motion technology for your application. 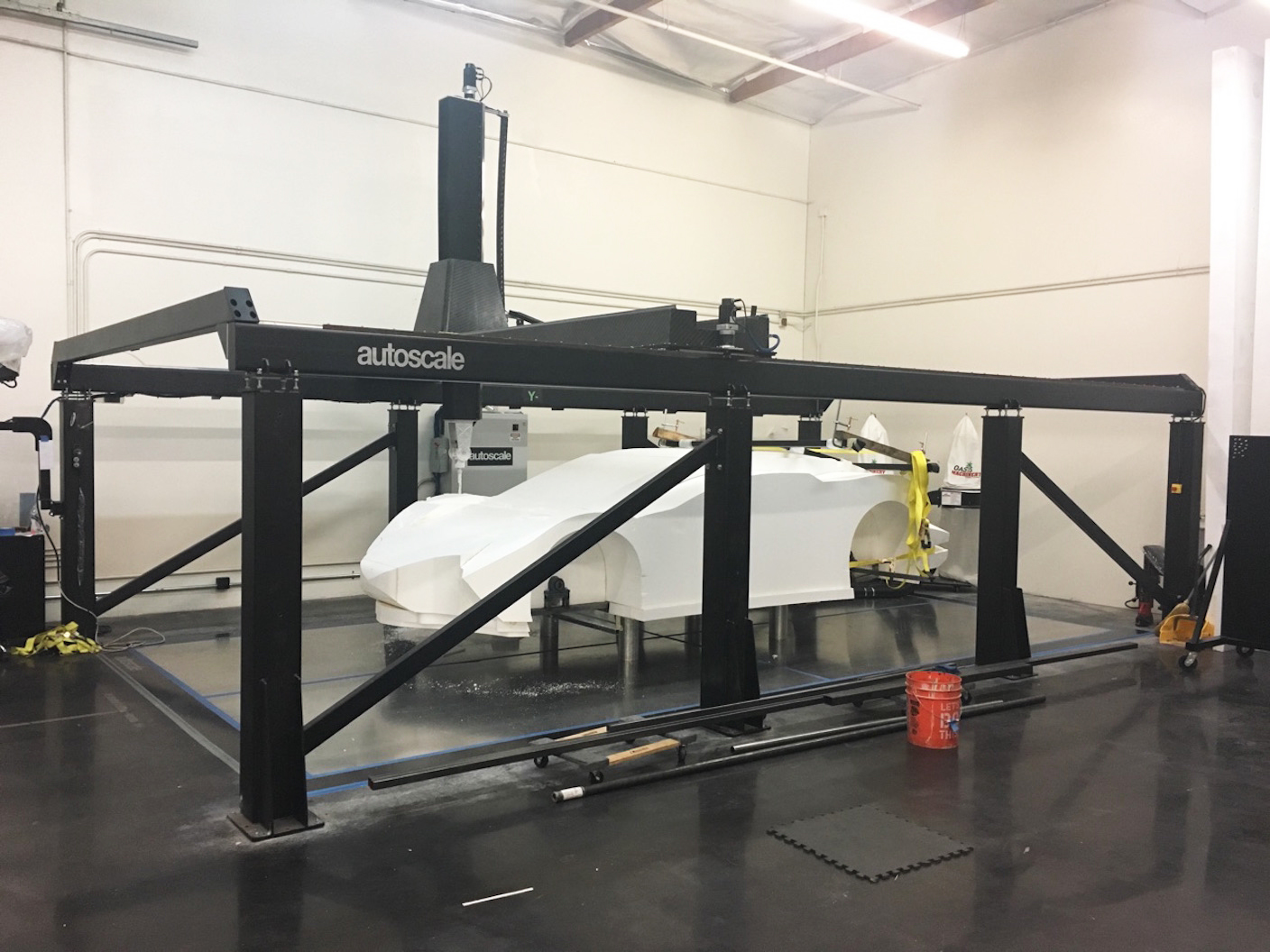 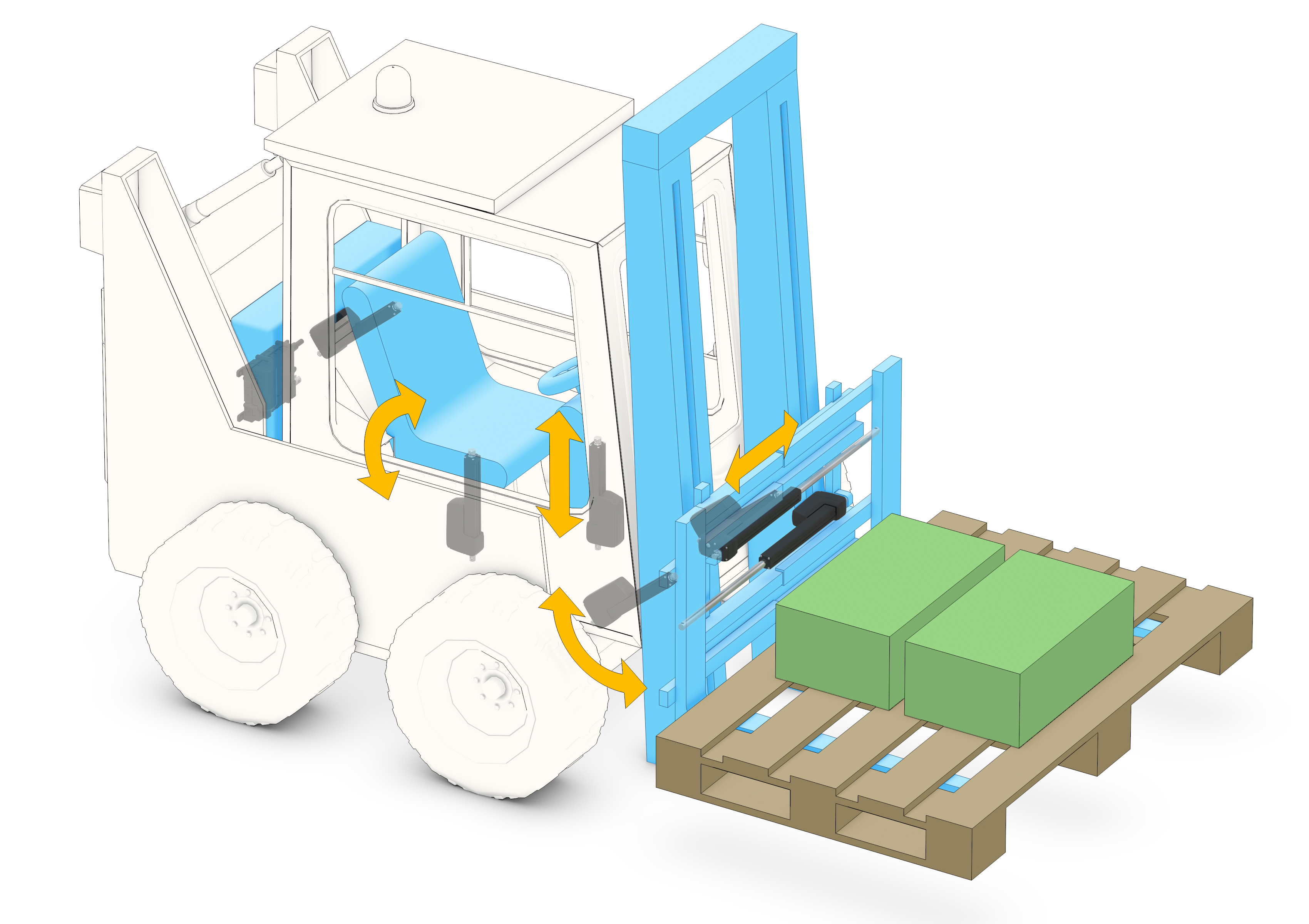 The power components of the linear system include its motors, drives and controls. These convert electrical energy into mechanical energy and assist in positioning the device.

The mechanical energy can be rotary-to-linear or direct-to-linear motion. Rotary-to-linear drives will convert the rotary torque of a motor into axial travel through a gearhead/gearmotor or actuator connection. Electrical linear motors produce direct linear motion without rotary components. The motor driving the system can be controlled to provide the desired velocity, acceleration, torque and position to yield optimal performance.

Linear motion systems help reduce the hassle of component selection, and integrate into any machine design effortlessly. The Thomson WM (Powerline) linear unit is designed to provide stiffness, rigidity and precision in demanding applications such as machine tool automation and test and measurement.

Achieving positioning accuracy is done by integrating controls, switches, sensors and optical encoders. A servo motor, for example, has so many poles that determining location at any point requires an encoder to generate pulses that indicate the exact position of the rotating shaft. Controllers use such information to calculate discrepancies between the actual system position and the desired location. Control systems such as programmable logic controllers (PLCs) can then be programmed to drive corrective actions based on reported anomalies or to drive complex operational sequences such as multi-axis movements. As power drive components become increasingly digitised, encoding functionality that conventionally required external devices can be integrated, reducing complexity and footprint.

Powered by motors and drives and under the control of PLCs or other controllers, linear thrust mechanisms provide the physical contact that moves a load from one position to another. Because they “actuate” the load, they are often generally called actuators, but thrust mechanisms might also be ball screws, lifting jacks, cylinders, solenoids, belt drives or any other device that that convert rotary motion (torque) into linear thrust on one or more axes.

The guidance portion of a linear system controls the direction of the thrust mechanism’s movement while also supporting it. These guidance components can include round rails — also called shafting — or square-like profile rails, either of which may ride on lubricated bearings mounted in a metal block, or, for example, a dual ball guide version that runs on hardened steel shafts, as offered by Thomson Industries. All these alternatives and the bearing blocks that ride on them provide support for the system as well as directional control. 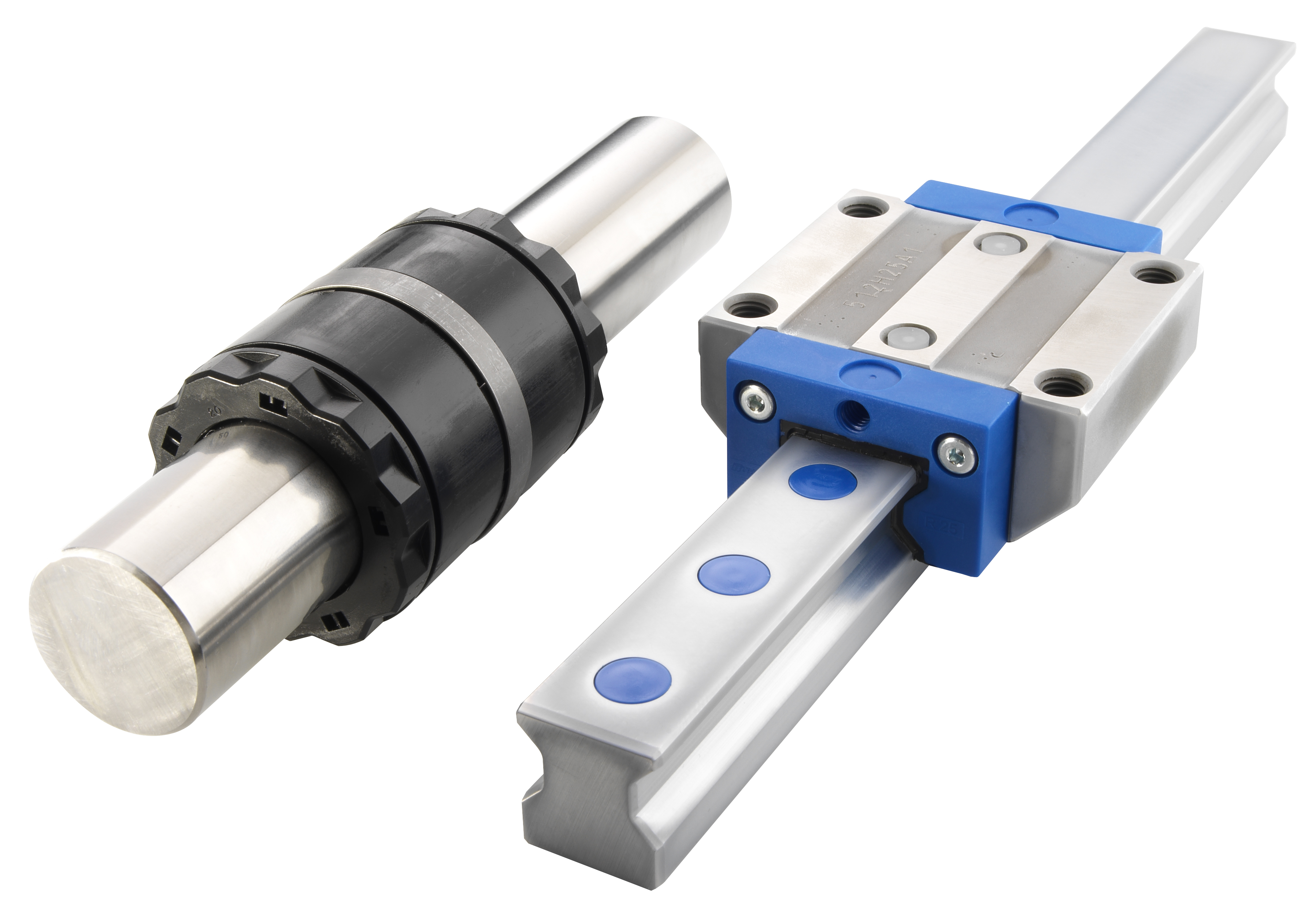 The bearing blocks fasten to a carriage and may often be referred to as bearing housings, bushings or trucks. The carriage itself is also known as a saddle, platen or table. In a machining application, the carriage may be secured firmly to the part that is being machined or moved and may sometimes be moved by robotic arms. If a carriage is used, then multiple rail assemblies can be deployed for multiple axis movement. The rails also provide additional support for the carriage and bearing blocks.

To deliver the required accuracy, rails must be perfectly straight and smooth. Steel rails and shafting, which are used in guidance and support structures, are made to more exacting standards and tighter tolerances than plain bearings that are used in power transmission shafting. Guide systems support the carriage and all the forces acting on the attached load as it travels. Therefore, the careful specification of the system plays a critical success factor for rodless actuators, even more so in high precision applications.

Linear bearings support lateral rather than rotary movement. They travel back and forth on the rails at a predetermined cycle rate. For round rails, they could be ball bushings or plain self-lubricating bearings that are enclosed and supported in some type of block/housing mounted to a bed.

The most important factors to consider when sizing, selecting, installing and operating a linear system are the loads and moments, speed, acceleration/deceleration, required accuracy, duty cycle, parallelism, rigidity and repeatability. Here are some factors to consider in relation to each.

With so many factors to consider, the chances of mismatching motion control technologies to one’s applications are high. Linear component manufacturers provide automated tools that help compare options and manage tradeoffs. Thomson Industries, for example, offers online tools that help design engineers accurately size and select linear motion systems and other components. It provides an interactive series of questions, starting with a comprehensive analysis of motion control requirements, quickly leading to an ideal solution for the customer’s application. 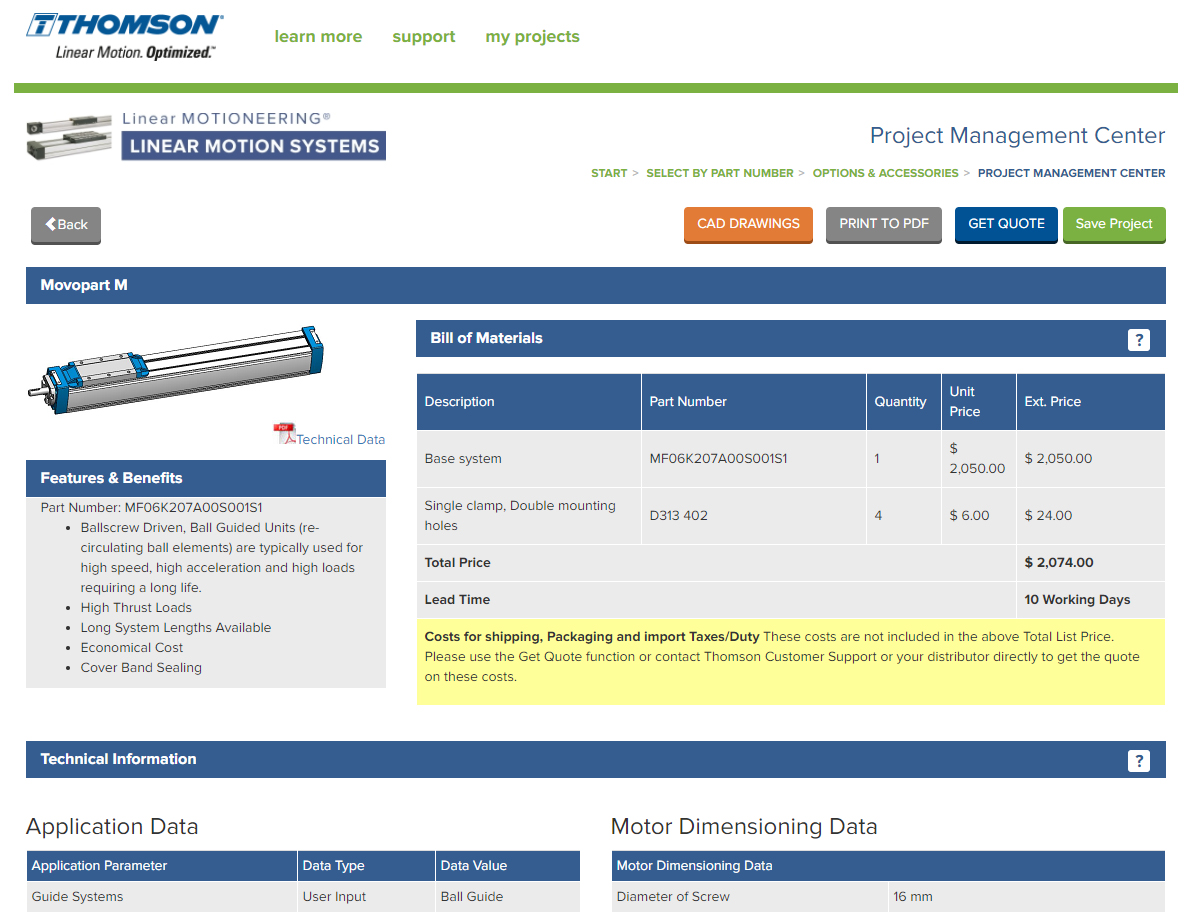 Whether you use an automated selection tool or your own calculation, adequate attention to selection of power components, thrust mechanisms, and guidance and support systems can help you maximise the precision and repeatability you get from your production operations. While proper selection provides the foundation for success, installation, operation and maintenance are the building blocks. ___________________________________________

Proper installation, operation and maintenance of linear components are essential to maximise the service life of a linear motion system. The following are general guidelines for linear thrust and guidance mechanisms. Installation tips